Unlike many chemical names, at the mention of ammonia, most people have some frame of reference due in large part to its use as a household cleaner. It is relatively inexpensive, effective and has a very characteristic smell. As matter of fact, its smell is so strong and pungent that ammonia capsules (smelling salts) are used to revive people who have fainted or passed out.

But unknown to many is that ammonia — NH3 — can be quite dangerous when it is inadvertently released into the environment. Ammonia releases have been deadly, and some incidents have killed and injured scores of people and resulted in the evacuations of entire towns. Ammonia is very good at doing what it is intended to do, but an unconfined ammonia vapor release can have outsized consequences on workers and residents nearby. 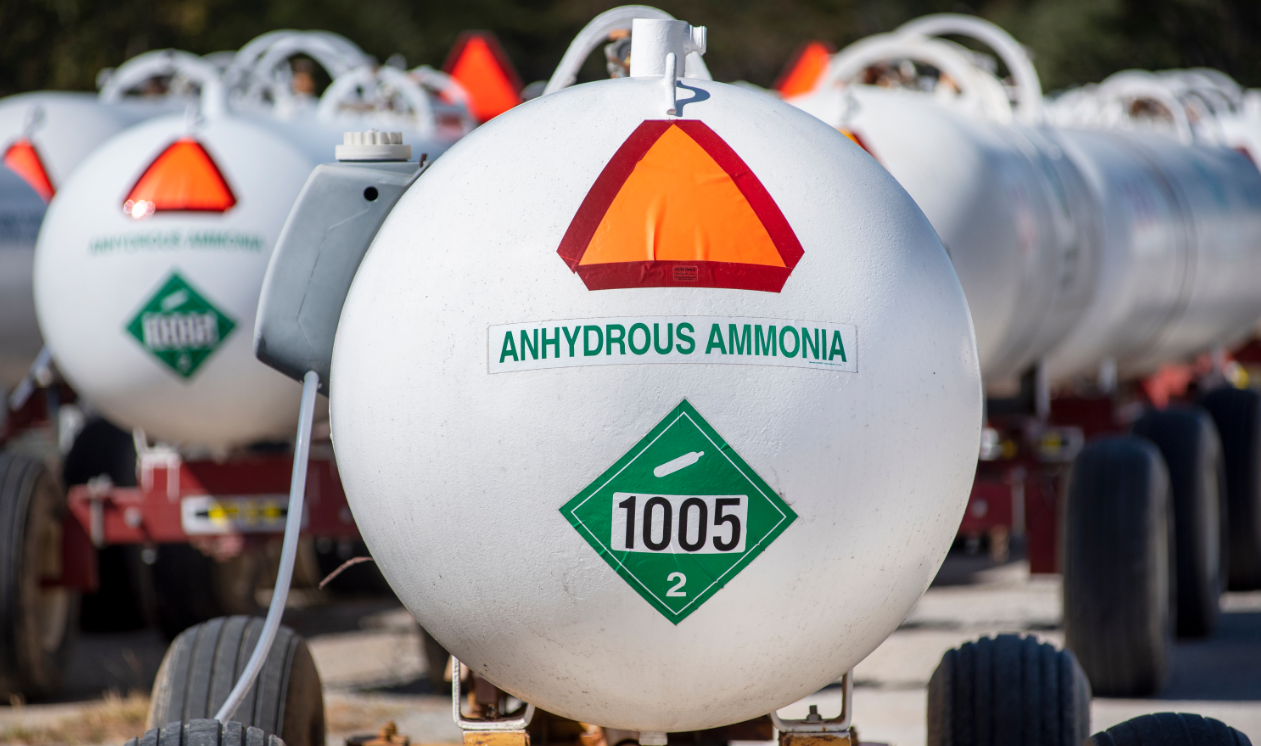 The uses of ammonia go far beyond its use as a cleaner and in restoring consciousness to people who have fainted. In terms of tons manufactured, ammonia is the number two chemical produced today worldwide. So much ammonia is manufactured that its production alone accounts for 1% of the world’s energy use.

The vast majority of ammonia produced (80%) is used in agriculture as a fertilizer. Of the remaining percentage, 2% is used in refrigeration. It is within this relatively small segment of refrigerant ammonia use where an outsized number of ammonia accidents occur. According to U.S. Occupational Safety and Health Administration (OSHA) statistics, most ammonia-related incidents, injuries and deaths in the workplace are a result of working around or handling refrigerant ammonia.

Refrigerant ammonia can be found in commercial settings such as:

Although ammonia has long been used as a refrigerant, it has recently experienced a resurgence in popularity due to many refrigerants being removed from service as a result of environmental concerns revolving around ozone depletion. Ammonia reemerged as a refrigerant of choice because of the following characteristics: 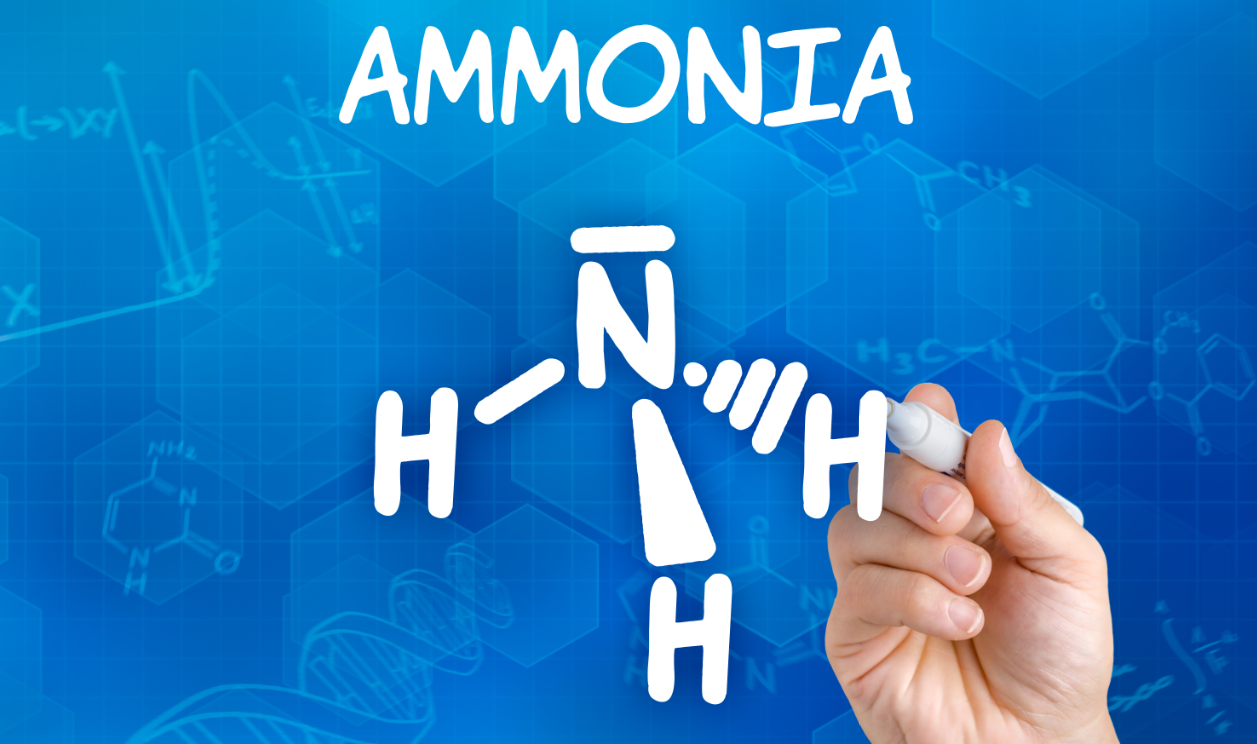 In its natural state, ammonia is a colorless gas with a distinctive strong, pungent odor. In order to transport it or use it in refrigeration, ammonia gas is chilled and compressed to convert it from a gaseous to a liquid state. When released into the environment, liquid ammonia rapidly boils and returns to its gaseous state. Liquid ammonia expands to a gas at a ratio of 850:1. This means that a relatively small release of liquid ammonia can easily turn into a massive cloud of ammonia gas. And this is another characteristic whereby ammonia releases quickly evolve into catastrophic incidents.

As a molecule, ammonia is corrosive to the face, eyes and respiratory system and has a strong affinity for areas of the body where moisture is present. Ammonia is a powerful inhalation hazard. It is considered immediately dangerous to life and health (IDLH) in the 300 to 500 parts per million (PPM) range. Most injuries from ammonia revolve around its corrosivity to the skin and eyes and its ability to severely damage the respiratory system.

Rounding out the risks posed by ammonia is that it is highly flammable. The range of concentrations of ammonia in air that will burn or explode is wide at 15% to 28%. This is a far wider flammability range than gasoline at 1.4% to 7.6%. Refrigerant ammonia contains lubricating oil (also flammable) which only increases the flammable range. If ammonia gas is within the flammable range and confined, it will likely create an explosion if an ignition source is introduced.

With ammonia possessing such a broad hazard profile and with so much of it in use around us, accidents have, and continue to, happen. Between 2007 and 2017, the U.S. Environmental Protection Agency (EPA) reported that 72% of all chemical accidents in the Midwest were ammonia-related. As with most accidents, these ammonia incidents can be avoided. In fact, the EPA estimates that 95% of ammonia incidents can be avoided through:

To illustrate the seriousness of an ammonia release, consider this incident that occurred on August 23, 2010, at the Millard Refrigerated Service warehouse in Theodore, Alabama. The warehouse was used for the export of frozen poultry.

Following a power outage and during restart, cold ammonia liquid was inadvertently introduced into refrigeration piping containing hot ammonia gas. A hydraulic shock followed, which ruptured ammonia piping inside one of the freezers and also severely cracked a 12 inch ammonia pipe on the roof of the building.

The pipe failures resulted in a release of 32,100 lb of ammonia into the environment, producing a large cloud of ammonia that traveled 0.25 miles offsite to an area where 800 contractors were staging for the Deepwater Horizon cleanup operations. The incident resulted in 153 people being exposed to anhydrous ammonia; 32 were hospitalized, four were put in intensive care.

The incident was investigated by OSHA, the EPA and the Chemical Safety Board (CSB). While OSHA only issued fines totaling $52,500,the EPA levied a $3 million penalty for Clean Air Act violations. Admittedly, the EPA penalty is rather large in this instance, but it is not out of the ordinary for the agency to issue penalties in the six-figure range for ammonia releases.

Companies that experience an ammonia release can expect a thorough investigation by regulatory agencies. Ammonia is included on OSHA’s “List of Highly Hazardous Chemicals, Toxics and Reactives” in the process safety management standard for facilities that have or exceed the threshold quantity of 10,000 pounds or 2,000 gallons. When lesser amounts are onsite, OSHA’s General Duty Clause applies. The EPA also provides extensive guidance on ammonia through their Risk Management Program.

Following the aforementioned release in Alabama, the CSB chairperson said, “We are seeing too many ammonia releases in our daily incident reviews. Though many are ‘small’ releases, a high consequence accident that causes multiple injuries to members of the public is a serious one that warrants our examination. Our team will be examining the events that led to the release and ways that the community can be better protected in the future.”

In any facility handles ammonia, particularly refrigerant ammonia, it is imperative that they get out in front of the hazard and follow the guidance set out by both OSHA and the EPA. Ammonia is one of those hazards that does not respect fence lines and will gladly hurt people outside of the facility as well as those inside. Failure to honor this threat invites unwanted attention, costly fines and penalties, and gives the CSB a reason to feature the facility on one of their chemical incident videos.