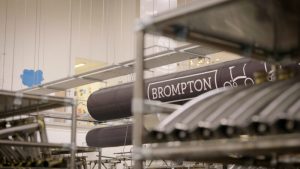 “We have this philosophy here at Brompton, that if we need to capture data anywhere on the factory floor, we throw a Pi at it,” said Brompton software engineer Kane Tracey. 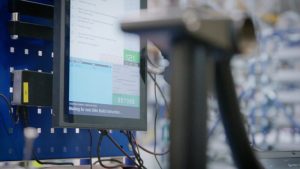 Raspberry Pis on production stations scan each bicycle serial number and track it as it progresses through assembly. Others run displays to provide bicycle-specific instructions to workers, and control a laser-etching machine to make per-bicycle components, or operate LED indicators help staff to meet time targets. The computers also capture data from industrial equipment like torque controllers.

Starting as a cottage industry, the company now has annual sales of over £100m. The first Pi was installed in 2013 – an original 1 Model B, tracking which bicycle models were built at which station and when.

Now Raspberry Pi “gives us insight, allows us to adjust, it gives us traceability, it helps training”, said Brompton CEO Will Butler-Adams. “I have visited a lot of factories; I’ve never seen a system as slick as the system we’ve created ourselves with the humble Raspberry Pi.” 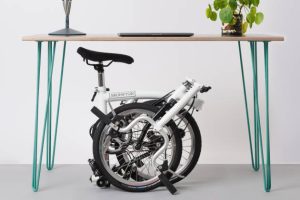 Bromptons are bicycles that fold into a remarkably small package, are light enough to carry, unfold in seconds, and yet ride properly.