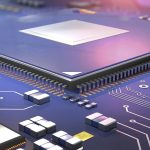 CELUS, which  uses AI to streamline circuit board engineering, has raised a €25M Series A funding round led by Earlybird Venture Capital, with participation from 2xN Venture, DI Capital and existing investors Speedinvest and Plug and Play.

The following individuals also participated in the oversubscribed round and will be forming CELUS’ advisory board: Sir John Rose (former CEO of Rolls Royce); Sir Peter Bonfield (Former CEO of BT and chairman of NXP); Carl-Peter Forster (CEO of Opel, GM Europe, and Tata Motors); Paul Gojenola (Electronic Engineering Lead at Google); Martina Koederitz(former CEO IBM Germany and DACH, & former IBM Global Industrial Managing Director); and finally Koenraad Crooijmans (former Investment Banker at Morgan Stanley) who also supported the company on the round. .CELUS has developed a cloud-based engineering platform that supports electronics engineers with component data from electronic manufacturers and adds automation to accelerate the design process. This leads to design time reductions claimed to be up to 90%. CELUS aims to make the design of electronics accessible to many more engineers, facilitating direct information flows between electronic component manufacturers and their customers. CELUS was founded in 2018 by Tobias Pohl (CEO), Alexander Pohl (CTO) and André Alcalde (CPO). More than 1,800 engineers already use the CELUS Engineering Platform as of today, an increase of 3,000% compared with December 2021. CELUS will be using this investment to further prioritise rapid growth with a strong focus on the US market, strengthen its commercial team, and further enlarge its technology leadership. CELUS CEO, Tobias, comments: “Engineers spend far too much time relying on their memories, or manually searching parts that might serve a certain function. CELUS changes the game, providing engineers with the digital tools to dramatically speed up this process and automate much of the hard work,” says Pohl.