Following the completion of the APC (Advanced Propulsion Centre) government-funded programme HIPERCAR 2, the companies will be debuting the prototype vehicle at the Cenex-LCV2022 event in UTAC Millbrook from 7th – 8th of September. 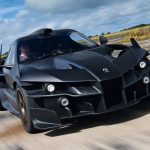 Using Delta Cosworth’s high-performance battery technology, Ariel’s requirements were that the car should not only have world beating road performance but also track capability. Combined road and track usability is a challenging feat to overcome in terms of power and energy.

Both companies conducted simulations to ensure the stresses imposed on a battery operating in an aggressive and strained track environment would be managed effectively.

The heat energy generated on track can increase by up to 10 times that of even a fast road use case, the system is able to cope with these demands.

Another demanding requirement stipulated by Ariel was that the battery needed to supply enough power to the motors to enable the HIPERCAR to beat lap records set by ICE cars.

Ariel’s first EV is looking to take on the world’s fastest production cars from industry leading OEMs to demonstrate the capabilities of an EV.

With these challenging targets, Delta Cosworth has had to push the envelope of battery design. The programme used Delta Cosworth’s patented CSMs (Cylindrical Scalable Module) that enables the brand to produce battery packs in any size and shape, with the ability to utilise the two most readily available cell formats of 18650 and 21700.

With this system, Delta Cosworth can keep up with cell chemistry evolution without the need of re-designing their battery packs when new forms of chemistry within the same form factor are introduced.

The HIPERCAR is still undergoing testing and development with power figures of around 1200hp and 150 miles of range. This can be extended with the fitting of Cosworth’s Catalytic Generator (Cat-Gen), a microturbine range extender used to charge the battery on the move.

The Cat-Gen is fuel agonistic, meaning it can run a variety of different fuels enabling the use of sustainable or zero-emission fuels. Currently the Cat Gen is running on petroleum with the system having near zero emissions. Current development of the system to run on Hydrogen will lead to a full zero-emission device.

Simon Dowson, Managing Director, Delta Cosworth: “Developing battery technology for the HIPERCAR programme has provided the team a hard challenge. Not only have we had to develop ultra-lightweight structures to manufacture the battery pack, but also maximise the cells performance as much as possible. We have also built upon our already existing vehicle integration capabilities, by collaborating with the Ariel engineering team to ensure our battery pack fits into the tightest dimensions, while keeping the mass as low as possible to keep the vehicle light and agile. The car has performed as expected in testing and we are excited to see how much performance we can extract from the car with further testing.”

Simon Saunders, Director, Ariel Motor Company: “With HIPERCAR we have pushed Cosworth to the extremes of current technology and capabilities.  We do have the most difficult requirements, demanding maximum power, lightest weight and ultra reliability in the smallest package possible.  On top of this we required a track capability for the car which meant Cosworth had to come up with new solutions in battery pack design.  The rigorous test programme to date has demonstrated that our requirements are being met and we look forward to continuing into production with Cosworth as a partner.”

The Cosworth battery pack developed specifically for HIPERCAR is an 800-volt system with a nominal 690 volts.  Using 5,760 cylindrical battery cells, the pack is made up of 32 modules, each with 180 lithium-ion cells.  The high-power density cells facilitate a peak current draw of 1,450 Amps.

In order to overcome the challenges of thermal management in the pack, particularly in the track application required by Ariel, Cosworth used the patented liquid-cooled system.  The system feeds water-glycol coolant directly and evenly to every single cell in the pack, monitored by temperature sensors throughout the pack. Sensor information is used to actively control the demand for heating or cooling as required. 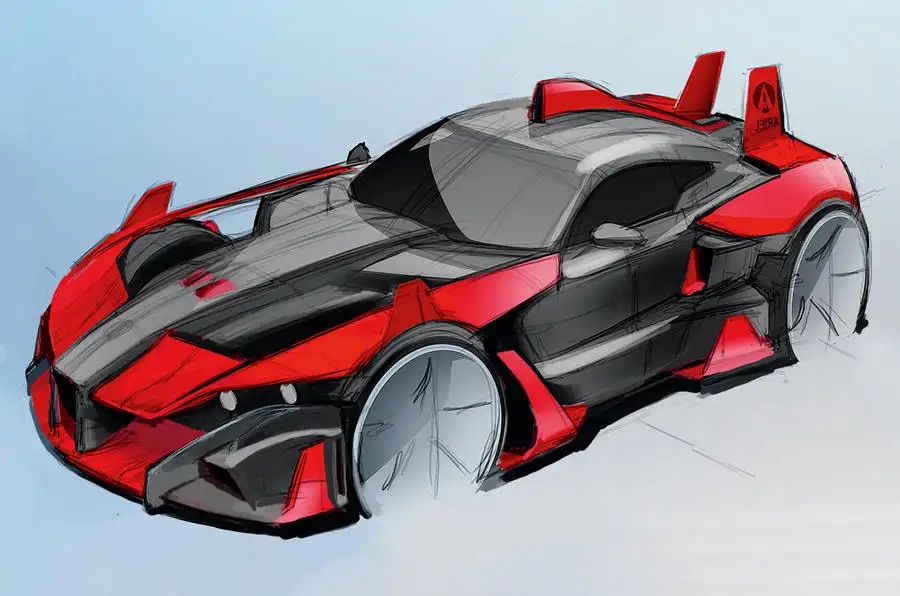 Each of the battery modules within the pack has a local data capture board, monitoring and managing each parallel group of cells. This information is broadcast, along with the 360 measurements taken throughout the battery pack, into one of four sub-master units. These communicate with the battery master controller coordinating all information and making key decisions regarding parameters such as power limits, thermal requirements and current balancing. The master controller also has responsibility for contactor control, as well as interfacing with the powertrain controller and vehicle’s 12v electrical systems.

The optional Cosworth range extender is a micro-turbine powered by a catalytic exothermic reaction.  Running at a fixed 110,000 rpm to optimise efficiency, it generates 35kW of continuous electrical power, when required to maintain battery state of charge.  The unit is automatically switched on and off as needed via the battery management system, or by a manual override.  Weighing less than 50kg and with only one moving part (the turbine), the range extender is significantly smaller and lighter than any piston or rotary engine alternative.  Designed to run on a variety of fuels the unit has negligible emission levels with gasoline and will be zero emission with hydrogen in the future.

In addition to the range extender, provision has also been made on HIPERCAR to charge from home or existing charging infrastructure. The system is compatible with CHAdeMO and Type 2 hardware.  Ariel realised that the roll out of 800V charging infrastructure may take some years, so Cosworth have implemented an innovative approach to address the problem. The novel split charger system allows the high voltage HIPERCAR to charge using existing industry standard infrastructure designed for less than 500V.

With approximately 1MW of power available between the four wheels the ability to recapture kinetic energy when off throttle is significant.   Working within the capability of the battery system and vehicle stability, recharging of the battery pack via regen is carried out by the wheel motors.