FPT Industrial and Blue Energy Motors have signed an agreement with the goal of deploying the very first liquefied natural gas (LNG) trucks in India, powered by FPT N67 NG BSVI compliant engines, on the country’s roads by the end of the year.

Headquartered in Pune (India), Blue Energy Motors is a zero emission truck technology company engaged in the manufacturing of clean energy trucks, and its vision for LNG truck production involves partnerships with suppliers such as FPT Industrial. The companies are both committed to an active and swift decarbonization path in the commercial transport segment, and share the same strong belief that LNG trucks are a 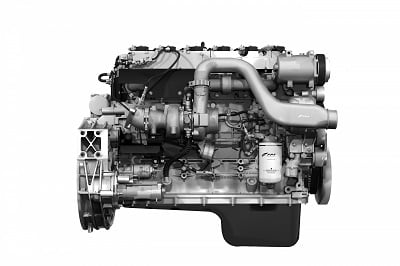 This agreement is the first step in a potential long-term partnership, based on the specific characteristics of the Indian commercial transport market. With a total truck fleet of about 3.5 million vehicles and buying decisions driven by total cost of ownership (TCO), the adoption of LNG technology is expected to be rapid once it passes the TCO parity threshold. In addition, increasingly stringent emission standards in India — BSVI being the equivalent of Euro VI — will increase the competitive advantage of LNG vehicles.