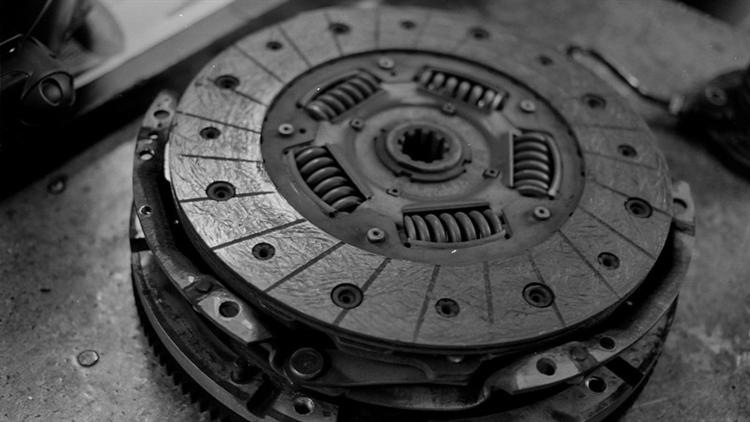 Clutches are essential components in the modern automotive power train and drivetrain systems. They are fixed between the engine and transmission system, allowing them to engage and disengage power transmission from the drive shaft.

Because clutches are one of the major components in automobiles, they are made of different types to meet different application needs. Understanding how these devices work is essential before choosing one for an application.

Basic construction and working principle of a clutch

The driving member of a clutch features a flywheel mounted on the engine crankshaft and a cover that supports the driving disc (or pressure plate). The driven member typically has a disc (the clutch disc or friction plate). It is held between the flywheel and pressure plate, allowing the rotation of the clutch shaft. The operating members feature bearings (release or throwout bearings), springs, and levers that allow the clutch operation.

The conventional clutch works based on the principle of friction. For instance, consider two surfaces pressed against each other. When one of these surfaces is made to rotate, the other surface also rotates due to the friction torque between the surfaces.

The mode of operation described in the previous section represents the friction clutch, which is commonly used in automobiles to start the automobile from rest and disconnect the engine from the transmission, allowing the shifting of gears.

Learn more about mechanical and friction clutches on GlobalSpec.

Hydraulic clutches feature a reservoir that stores hydraulic fluid, a piston-cylinder assembly and a release fork. When the clutch pedal is pressed, it causes the piston in the cylinder to move, compressing the fluid and increasing its pressure. The high-pressure fluid is transmitted to another cylinder (also called a slave cylinder), which presses against a piston rod that actuates the fork connected to the clutch shaft.

As its name implies, a centrifugal clutch engages using centrifugal force. It is automatically operated depending on the engine speed, eliminating the need for clutch pedals common in conventional clutches.

The centrifugal clutch features weights that are pivoted in a specific location. When the engine speed increases, the weights fly off due to the centrifugal force. This motion is transmitted to the bell crank levels, pressing the plate and spring and operating the clutch plate.

Learn more about the different types of clutches on GlobalSpec.

Calculating the torque capacity of a clutch

Regardless of the type, every clutch has a torque capacity, which measures the amount of torque that clutch can transmit when it is slipping or fully closed. Torque capacity depends on the following factors:

· The total area of the friction surface

· The normal force acting on the clutch

The torque capacity can be calculated using:

So, consider a multi-plate dry clutch that features three friction plates, an outer radius of 0.3 m, an inner radius of 0.2 m, and a coefficient of friction of 0.06. In this scenario, the number of friction surfaces is six. Therefore, if this dry clutch experiences a normal force of 200 N, then its torque capacity will be 18.24 Nm, as shown below.

Clutches come in several types, with each type having its unique advantages and capability for different application needs. However, these advantages will only be felt if clutches are correctly sized for an application. Therefore, engineers are advised to reach out to clutch suppliers to discuss their application needs.