Many existing devices rely on acoustic waves passing through solid material, including wireless communication systems, microwave filters, oscillators, and sensors.  While acoustic waves are slower than electromagnetic waves of similar frequencies, these waves have several advantages.

Most notably, acoustic waves can be easily contained within nanoscale structures. They do not commonly interfere with each other or interact with the system in which they are confined. As a result, researchers consider acoustic waves promising information carriers in both classical and quantum computing devices.

While sound waves are generated by mechanical vibrations, electromagnetic waves are created by accelerating or decelerating charged particles. Image used courtesy of Pediaa

Despite their advantages, acoustic waves are rarely used to create integrated circuits (ICs) and quantum devices because of their passive nature. Physicists and engineers have struggled to dynamically control and modulate these waves in ICs.

This challenge was recently overcome by a team of researchers at the Harvard John A. Paulson School of Engineering and Applied Sciences (SEAS), who were able to tune sound waves on a chip for the very first time. Their paper, published in Nature Electronics, could have significant implications for developing dynamic and efficient photonic devices.

In their experiments, Linbo Shao, Marko Lončar, and their colleagues at Harvard SEAS used an integrated lithium niobate-based electro-acoustic platform. Lithium niobate is a colorless solid with advantageous electro-optic and piezoelectric properties.

The researchers leveraged these properties to create an electro-acoustic modulator that can control the acoustic waves propagating through a chip’s waveguides. Specifically, they formed an acoustic waveguide on an X-cut lithium niobate substrate, depositing a silicon nitrate film on top of the substrate and creating a 10 µm slot inside it. 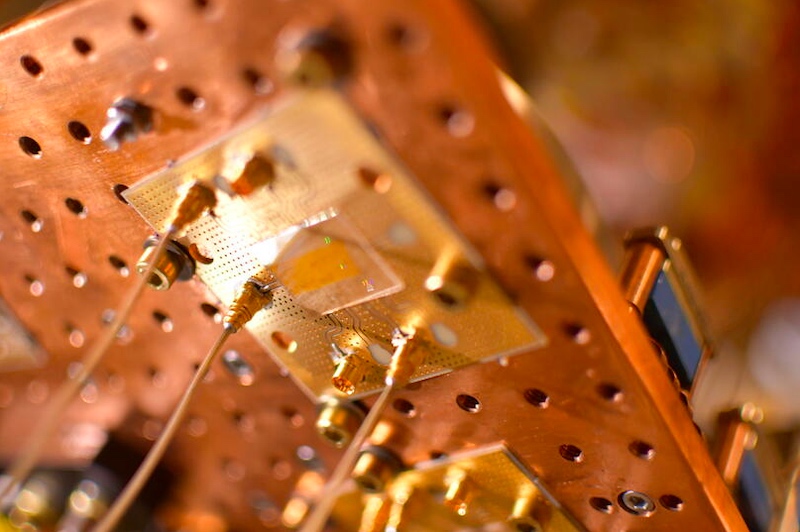 They then also deposited aluminum electrodes on the silicon nitrate layer, which were used to apply an electric field to the platform. Through the application of this electric field, the modulator prototype is said to control the phase, amplitude, and frequency of acoustic waves in the chip.

The Successful Modulation of Sound Waves

Using their lithium niobate-based electro-acoustic modulator, Shao, Lončar, and their colleagues were able to modulate the phase and amplitude of acoustic waves traveling through an IC at both room temperature and millikelvin temperatures. According to Harvard, this achievement has never been reported before.

In a series of initial tests, the researchers used their platform to modulate the phase and amplitude of acoustic waves running in their chip’s waveguide simply by applying electric fields. In addition, by tailoring the phase matching between the acoustic waves and quasi-traveling electric fields, they achieved reconfigurable and nonreciprocal modulation of the sound waves in their system.

In 2020, Harvard researchers created a non-reciprocal surface acoustic wave device built on a lithium niobate platform. This platform contained coupled acoustic resonators and transmitted acoustic waves (depicted in the above rendering by red spheres) only in one direction. Image used courtesy of Linbo Shao/Harvard SEAS

The modulator created by this team of researchers has numerous advantages over previously proposed approaches for building reliable electro-acoustic platforms. Most notably, their device also works at low temperatures. It is also highly efficient at modulating acoustic waves and is easy to build. This means that it could be easily fabricated on a large scale.

This recent Harvard research could have important implications for developing new acoustic information processing systems. In the future, the modulator they created could be used to develop various new, high-performing acoustic devices and circuits.

By employing advanced nanofabrication techniques with tens of nanometers in resolution, the researchers could also boost their modulator’s operation frequency, covering the 5G millimeter-wave bands. This means that it could ultimately be used to create alternative tools to process 5G signals.

In addition, the modulator could enable the development of acoustic, on-chip quantum networks and interfaces that bridge different quantum systems, such as solid-state atomic systems and superconducting qubits. In their next studies, the team plans to develop more complex and larger acoustic-wave circuits based on their modulator and interconnecting components, including diamond color centers.