The growing need for battery-grade lithium resources spurred Imperial Oil Limited and E3 Lithium to collaborate on a lithium-extraction pilot project in Alberta, Canada. The venture will exploit an historic oil field as a new source of this critical mineral.

Lithium will be extracted from beneath the Leduc oil field, Imperial’s historic 1947 discovery that launched major oil and gas development in Western Canada. The pilot project will entail drilling lithium evaluation wells by the end of 2022 and scaling up E3 Lithium’s proprietary technology to bring brine liquid to the surface. After the lithium is removed and concentrated, the liquid is immediately returned underground as part of a closed-loop system. 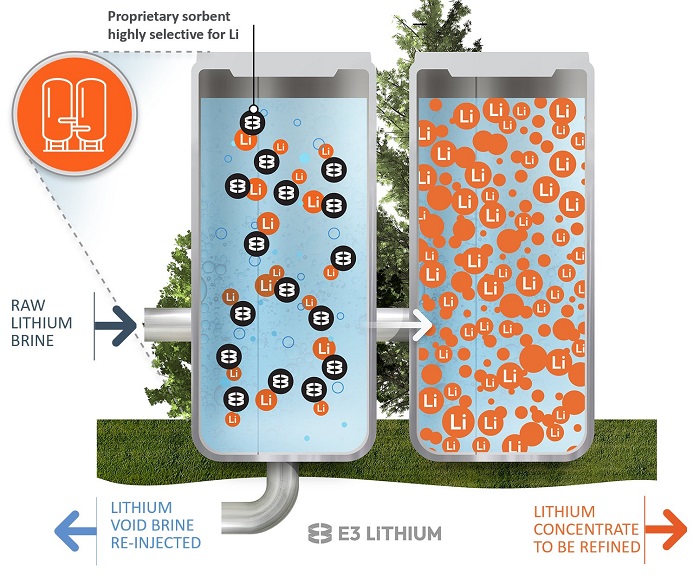 The direct lithium extraction ion-exchange technology developed by E3 Lithium utilizes a proprietary sorbent designed to be highly selective toward lithium ions. It reduces large volumes of low-grade brine into a high-grade lithium concentrate in one step, simultaneously removing nearly all impurities and yielding a clean product for the development of high-purity battery-grade lithium compounds.

The project is estimated to produce approximately 20,000 tons of lithium hydroxide per year in the first phase of development.