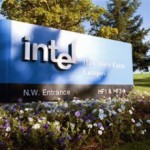 The fine was overturned in January this year and the EU returned the $1.2 billion to Intel in February.

Now Intel has filed a claim in the EU’s General Court claiming interest on the fine from May 2009 to February 2022.

The court has already ruled that the EC  would need to pay default interest for fines that have been overturned and reimbursed. The court also said that late payments on interest would incur further interest