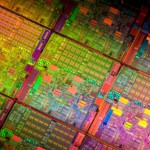 “It is often said that semiconductors are lacking, but the biggest shortage is engineers,” Hideki Wakabayashi, professor at the Tokyo University of Science, who is the head of the policy proposal task force at the JEITA semiconductor board, told the Nikkei.

The big Jpanese companies are warning that the government’s push to revive its domestic chip industry is being threatened by a shortage of engineers.

TSMC and  Sony are building a $8.6 billion  plant in Kyushu, and aim to hire about 1,700 workers for the facility. The government said it will pay a $3.5 billion subsidy fir the fab.

More plants are coming online. Kioxia, together with its joint venture partner Western Digital, is spending nearly $7.4 billion  on a factory in central Japan to open in autumn, and will allocate another $7.4 billion  for a factory in northern Japan that is scheduled to be completed next year

Renesas will invest $666 million  to reopen a factory it closed in 2014 to expand production of power semiconductors used in EVs..

“Most Japanese studying science subjects are more interested in IT, not necessarily semiconductors,” Toshiba’s Takashi Miyamori told the Nikkei, “there’s a fight over the best engineers globally and we need to come up with ways to be competitive.”