Today, the U.S. accounts for only 12% of the world’s chip supply—a 40% drop from its holdings in the 1990s. In 2020, the Senate pitched a bipartisan bill aiming to invigorate domestic semiconductor production: the CHIPS for America Act. CHIPS stands for Creating Helpful Incentives to Produce Semiconductors.

Silicon chip production in a GlobalFoundries facility in New York. Image courtesy of Cindy Schultz for The Washington Post

In an effort to reestablish the U.S.’ standing as the world’s leading chip producer, the bill proposes to set aside up to $52 billion for chipmakers to ramp up domestic chip manufacturing.

As part of the National Defense Authorization Act (NDAA), the CHIPS for America Act passed in January 2021 to boost the R&D and manufacturing of semiconductors in the U.S. While the programs under the umbrella of the legislation have the green light on paper, the NDAA has yet to set aside funding for any of them. Over a year later, the House and Senate disagree on nuances within the bill unrelated to chipmaking itself.

Why the CHIPS Act is on Pause

Since February 2022, the House and Senate have come to a standstill over disagreements on certain provisions in the bill unrelated to semiconductors, including trade with China and climate considerations. Congress has also directed its focus on other issues, from price inflation to military aid for Ukraine, detracting from the effort to finalize the CHIPS Act.

In March, Intel CEO Pat Gelsinger appeared alongside Micron CEO Sanjay Mehrotra, Lam Research CEO Tim Archer, and PACCAR CEO Preston Feight in Congress to push the bill forward. Months later, however, the bill remains stalled. Proponents of the CHIPS Act are now racing to resolve disputes before Congress breaks at the end of July for a recess. After the August recess, it’s likely new legislative packages will be put on hold during election season.

Executives Call for the Speedy Passage of the CHIPS Act

Chipmakers have been vocal about how the delayed funding package has affected manufacturing timelines. Intel, Global Foundries, and IBM are among the major names that have voiced persistent disapproval against the stalled bill.

In a letter to congressional leaders on June 15, the executives of more than 100 tech companies, including IBM, Intel, Microsoft, Analog Devices, Micron, Amazon, and Alphabet, exhorted Congress to move the CHIPS Act forward. The executives said funding for chip research and manufacturing was vital to the entire economy—beyond even the semiconductor industry.

Intel relied on a $20-billion dollar government subsidy to open a new fab plant outside of Columbus, Ohio. This would have been the company’s first new manufacturing site in 40 years. But the chipmaker, reluctant to invest without subsidizing, has decided to postpone the opening. 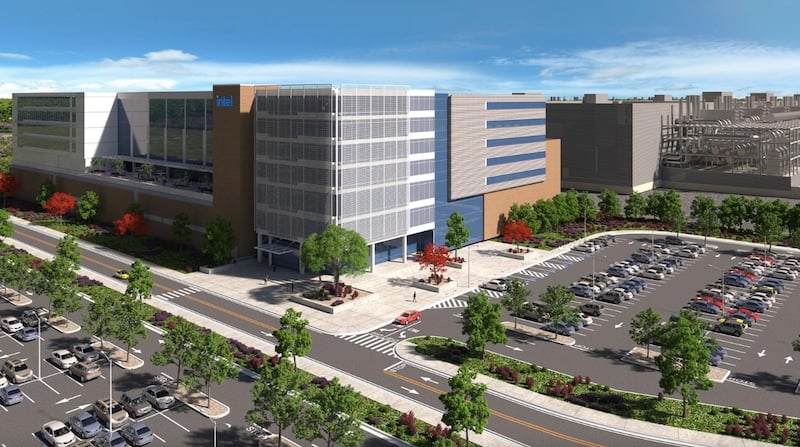 The obvious response to the rising chip demand—a higher supply—is not an easy issue to address. Opening a new fab plant costs approximately $10 billion, a sum manufacturers are hesitant to invest under volatile market circumstances. With the CHIPS Act, chipmakers could use the $52 billion dollars to extend semiconductor manufacturing, research, and talent outreach, helping the U.S. regain its leadership position in electronics.

Funding for the CHIPS Act is situated within broader bills to increase U.S. competitiveness with China and other nations. Following the passing of the CHIPS Act in January last year, Japan, South Korea, and India have created analogous chip incentive programs, according to the New York Times. The European Union also put forth its own European Chips Act in February 2022.

If the CHIPS Act is delayed beyond the August recess, developers may need to accommodate older chip technologies, create new software solutions, and purchase parts from multiple suppliers. Such temporary solutions, however, have proven to swell the “gray market” with counterfeit chips and increase security risks. The U.S. may also need to rely on foreign partners more—going against the intended purpose of the CHIPS Act for more supply chain sovereignty.