Researchers from the Korea Maritime and Ocean University have developed a new corrosion resistant coating for steel.

Typically, steel is galvanized with zinc (Zn), making it more resistant to corrosion and appropriate for construction and infrastructure applications. Yet, in the face of dwindling Zn reserves, steel has been instead galvanized with Zn alloys incorporating magnesium (Mg). 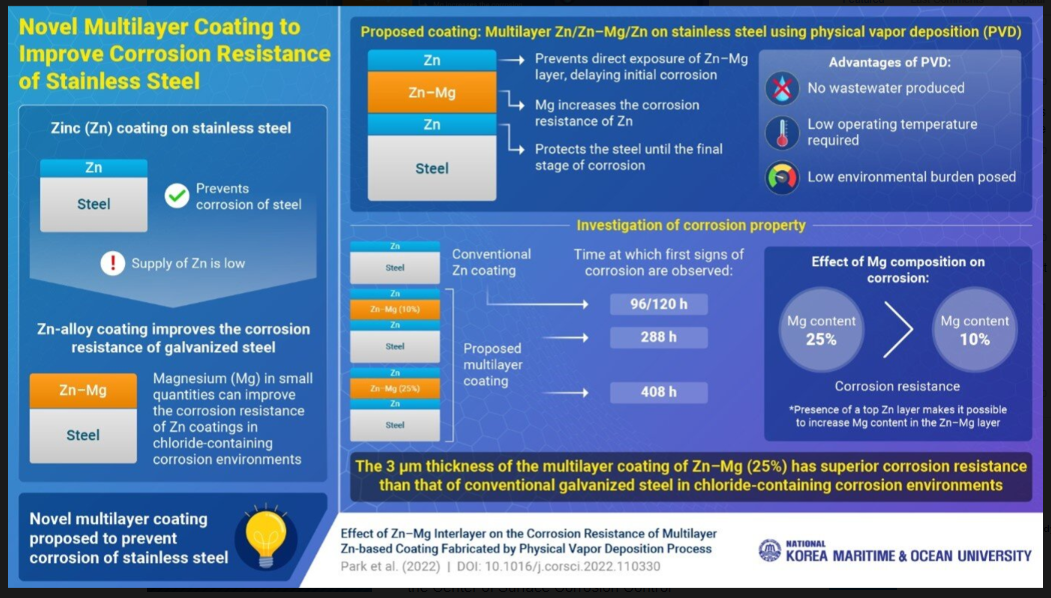 To improve the corrosion resistance of steel, and thus extend its lifetime, researchers from the Korea Maritime and Ocean University have now developed a multilayer coating that incorporates both Zn and Mg.

Using a technique dubbed physical vapor deposition (PVD), which is an assortment of vacuum deposition methods used to produce thin films and coatings, researchers created a three layer coating featuring a middle layer of Zn-Mg surrounded by two layers of Zn. According to the researchers, the top and bottom Zn layers reportedly shield the Zn-Mg layer from corrosive environments.

The article detailing the team’s findings — Effect of Zn-Mg interlayer on the corrosion resistance of multilayer Zn-based coating fabricated by physical vapor deposition process — appears in the journal of Corrosion Science.