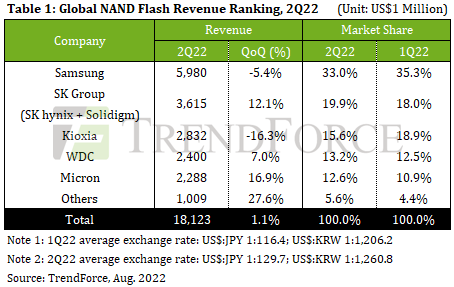 The NAND supply chain is expected to aggressively destock in 3Q22, leading to product dumping.