When fully operational, production will reach 200 million gallons per day, surpassing the capacity of the Rabigh 3 IWP in Saudi Arabia, and making it the world’s largest reverse osmosis (RO) facility with a capacity of 909,200 m3/day. The facility employs low carbon-intensive RO technology and is partially powered by solar energy, which is expected to account for at least 30% of the project’s electricity capacity within eight years, with a target of raising this figure to 55% by the end of the first quarter-life of the project. 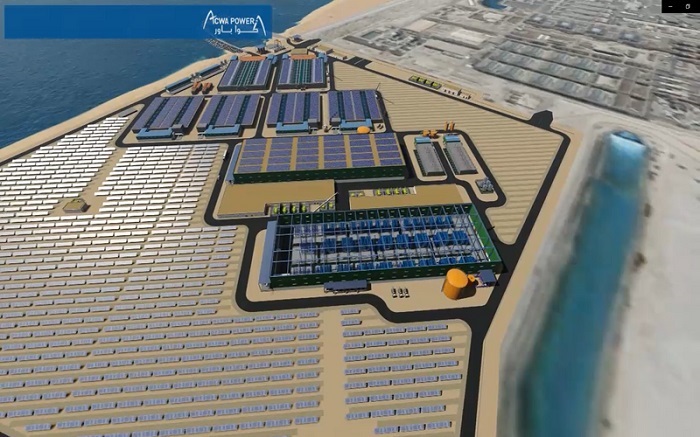 The plant supports the industries and the community at Al Taweelah and the surrounding areas, and is expected to play a key role in meeting Abu Dhabi’s peak water demand, which is projected to increase at the start of 2023.

[Discover more about desalination equipment and suppliers on GlobalSpec.com]

Saudi Arabia-based ACWA Power is the lead developer and operator of the project and a 40% shareholder, with the remaining 60% contributed by the government of Abu Dhabi through Abu Dhabi Power Corporation and Mubadala Development Company PJSC. Emirates Water & Electricity Company, a fully owned entity of the Government of Abu Dhabi and the water and power supplier of the region is the sole off-taker of the project under a 30-year contract.