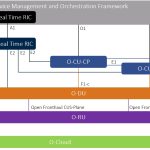 VIAVI has published the details of a recent O-RAN PlugFest

VIAVI and Rohde & Schwarz partnered on O-RAN Fronthaul (OFH) conformance and 3GPP pre-conformance testing of O-RUs from Foxconn and other vendors. They also jointly validated an O-RU reference design with components from Analog Devices and Intel.

The VIAVI TM500 UE Emulator and TeraVM Core Emulator were used for E2E and security testing of multiple vendor combinations, including: the Foxconn O-RU and REIGN CORE; the Pegatron O-RU, O-CU and O-DU; and equipment from ASKEY.

VIAVI demonstrated near real-time RIC platform performance benchmarking by integrating another vendor’s xApp with the VIAVI TeraVM RIC Test. The two companies also partnered to demonstrate traffic steering in near real-time RIC by integrating anomaly detection, quality prediction and traffic steering xApps with the TeraVM RIC Test, in a fully automated, closed-loop fashion, and in a multi-vendor, multi-technology environment.