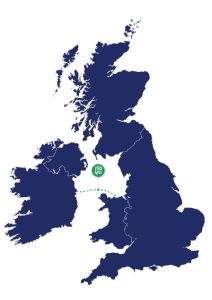 Ofgem has granted Irish company MaresConnect an interconntector licence to own and operate a 245km 750MW dc link between Wales and Ireland.

It is part of Europe’s 2022 Ten Year Network Development Plan (TYNDP), as well as part of the UK government’s policy to secure 18GW of electricity interconnector capacity by 2030.

Ofgem will invite new interconnector projects to apply this summer for ‘cap-and-floor’ regulation – which constrains electricity pricing to limit a developer’s exposure to electricity market risks.

“Securing an interconnector licence is an important step for us to position the project for its application for Ofgem’s third cap-and-floor window, and to advance our route planning strategy and engagement with community stakeholders,” said MaresConnect CEO Simon Ludlam. “MaresConnect will increase interconnector capacity between Ireland and GB by 50% and make a material contribution to Ireland achieving its 2030 environmental targets as well as providing an export route for Ireland’s growing offshore wind sector.”

The company secured its grid connection at National Grid’s Bodelwyddan substation in 2018, and is procuring on-shore surveys.

Following the current development, according to the company, construction of the project is expected take three-years, leading to operation in 2027.