This is the largest quarterly shipment decline since Gartner began tracking the PC market in the mid-1990s. 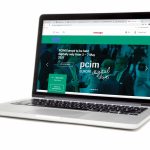 Higher PC inventory levels started building in the first half of 2022 and have become a bottleneck for the PC market.

Low PC supply caused by high demand and supply chain disruptions through 2021 quickly turned into an excess of supply once demand quickly and significantly slowed.

The top three vendors in the worldwide PC market remained unchanged in the fourth quarter of 2022, with Lenovo maintaining the No. 1 spot in shipments (see Table 1).

Notes: Data includes desktop and laptop PCs that are equipped with Windows, macOS and Chrome OS.

While Lenovo maintained 24% market share, the company experienced its steepest decline since Gartner started tracking the PC market. Lenovo’s shipments fell in all regions except in Japan, declining over 30% in EMEA and Latin America.

HP and Dell also experienced historically steep declines. HP was hit hardest in the EMEA market, where shipments decreased 44% year-over-year. For Dell, weak demand in the large business market impacted shipments in the second half of 2022.

Regional Overview
The U.S. PC market declined 20.5% in the fourth quarter of 2022, registering its sixth straight quarter of shipment decline. Echoing the trend of the global PC market, both consumer and business PC spending slowed due to economic conditions.

“Even as vendors offered deep PC discounts during the holiday season in an attempt to lower inventory, consumers were not swayed to spare their money,” said Kitagawa.

The EMEA PC market had a historical decline of 37.2% year over year, due to the intersection of political unrest, inflationary pressures, interest rate increases and a pending recession.

The Asia Pacific market excluding Japan declined 29.4% year-over-year, mainly due to the market in China. While the fourth quarter has traditionally been peak season for China’s business PC market, budget cuts by the Chinese government and uncertainty around changing COVID policies led to a significant drop in overall PC demand.