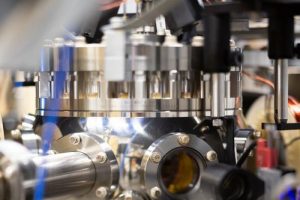 Quantinuum and Japanese materials company JSR are to explore the application of quantum computing methods to inorganic and organic semiconductor research.

The collaboration will include Quantinuum’s Model H1 hardware, which achieved 20 “fully-connected qubits” in June, according to the company, and its InQuanto computational quantum chemistry software for quantum computers and emulators, which combines algorithms, methods and noise mitigation techniques.

“The collaboration brings together JSR’s materials scientists with quantum computing experts at Quantinuum in Japan, Europe and the USA,” according to Cambridge-based Quantinuum. “The joint team will use InQuanto to explore methods using quantum computers to model materials such as metal complexes and transition metal oxides. It is hoped that modelling methods using quantum computers may achieve accurate predictions of their physical properties, which could accelerate the identification of candidate molecules and materials.”

Part of the programme will be developing algorithms based on ‘dynamical mean-field theory’ (DMFT), which could provide an understanding of properties such as optical absorption and conductivity.

Methods developed to model molecular systems and defect sub-systems will be incorporated into InQuanto for other researchers to use.

Quantinuum was formed from Honeywell Quantum Solutions (H1 hardware) and Cambridge Quantum (middleware and applications). It employs over 450 people, including 350 scientists, at eight sites in the US, Europe and Japan. As well as chemistry, it is working in cybersecurity, finance, energy, logistics, climate change and health.