In the circuit in Figure 1, a voltage source (VS) is initially isolated from a resistor (R) and capacitor (C) connected in series by an open switch. When the switch is closed, the capacitor will begin to charge, and the voltage across its terminals (VC) will increase exponentially. 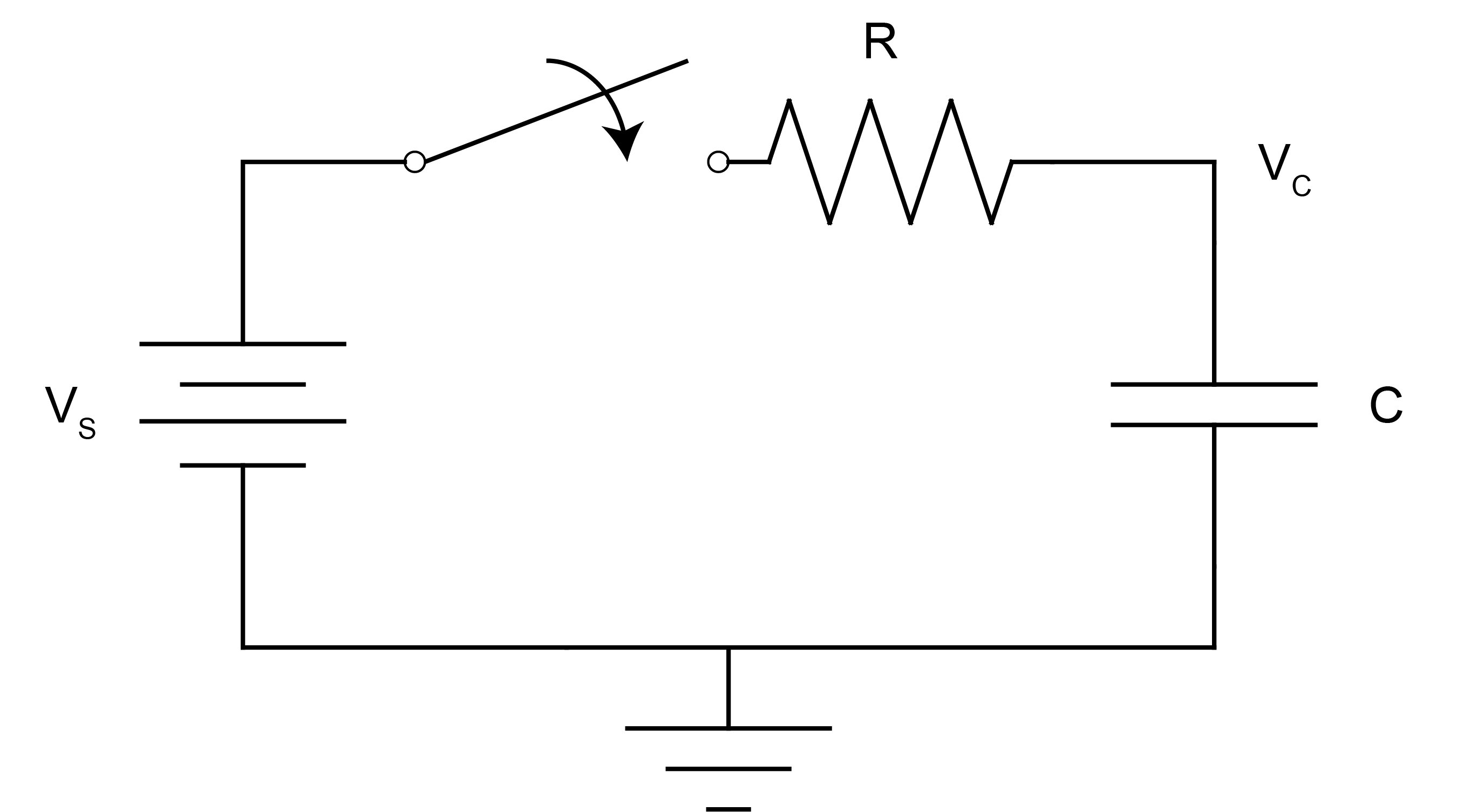 The charging and discharging rate of a series RC networks are characterized by its RC time constant, $$tau$$, which is calculated by the equation:

The voltage across the capacitor as it charges over time is given by the equation:

Using that equation, we can construct the following table to see how the voltage across the capacitor changes with time. 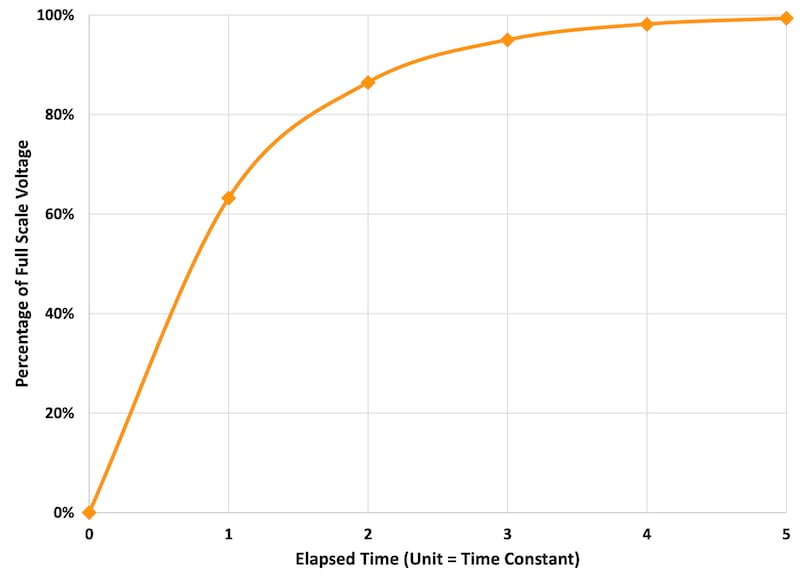 As a general guideline, three time constants (95%) are often considered charged. However, for high precision circuits like analog-to-digital converters (ADC) with many bits of resolution, the charging period must increase to eliminate this “settling time” charging error from affecting the accuracy.

Now let’s consider what happens when we discharge a capacitor through a series resistor as in the circuit in Figure 3. 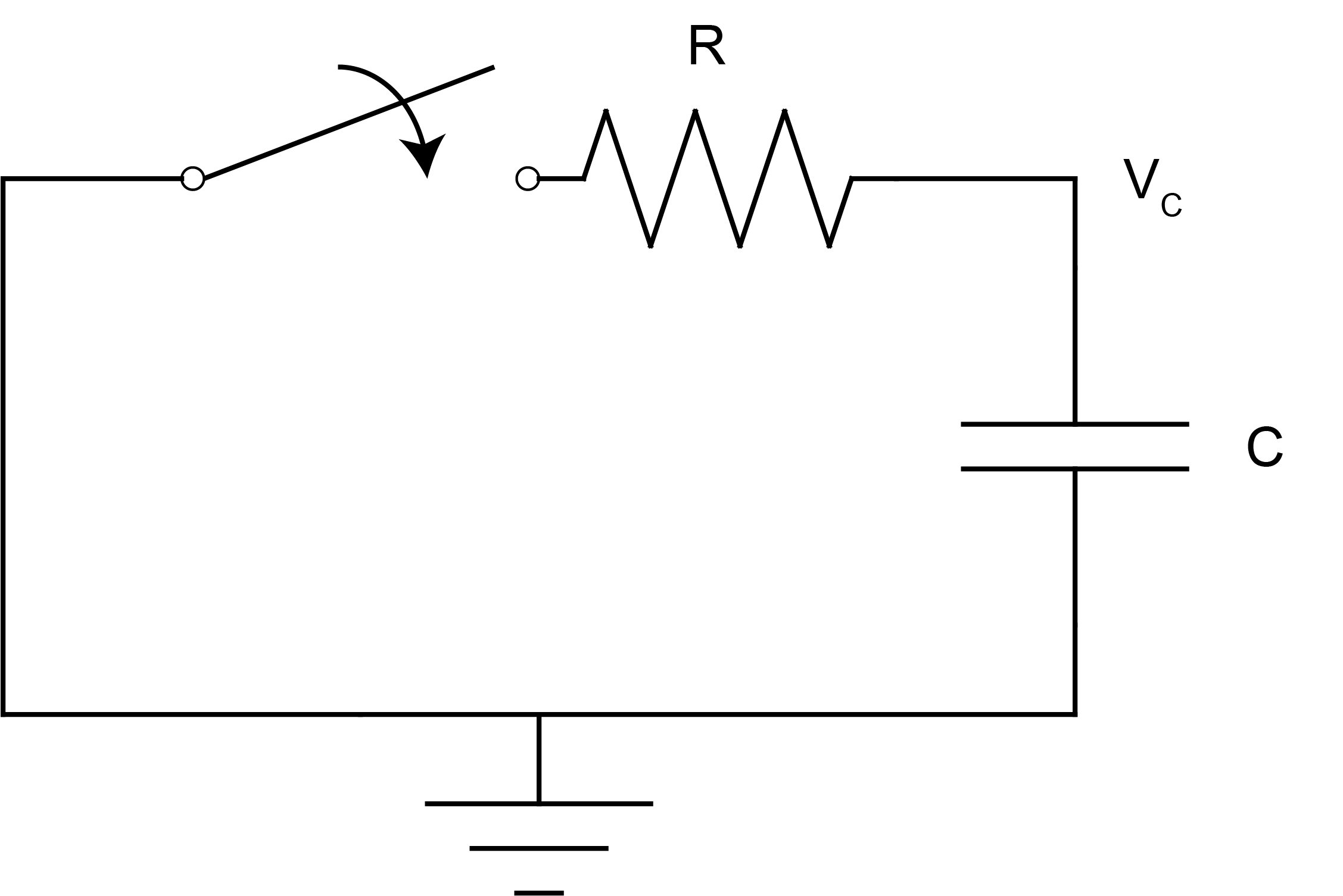 When discharging this series RC network, the time constant is the same, but the exponential discharge equation is given by:

$$V_{C0}$$ is the initial voltage of the capacitor at time = 0 before the switch is closed.

The following table provides the discharge percentages over time for the series RC circuit.