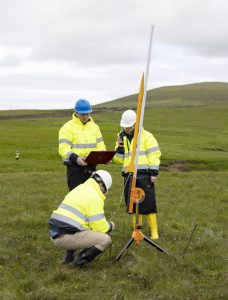 Dubbed “Operation Freya”, it was intended to allow for a full testing of processes and procedures that are being developed for eventual spaceflight later this year.

Specifically the spaceport is on the Lamba Ness peninsula in Unst, which is currently being prepared for the spaceport’s construction.

The test was the first in a series leading up to a full launch from the site later this year, with the next exercise already being planned.

Weather conditions, however, prevented the planned launch of an actual small-scale rocket in either of two “windows” agreed with airspace and maritime authorities. Despite this “a huge amount was learned,” said the spaceport.

“The decision not to launch, which is of course not uncommon in the space industry, was made for safety reasons based on very accurate forecasting from a representative of the Met Office on site,” explained SaxaVord Range Officer Jimmy Slaughter.

“One of the main purposes of the launch was to test our procedures for notification and ongoing engagement with a range of stakeholders, including Police Scotland, NHS Scotland, the Scottish Fire & Rescue Service, the Maritime and Coastguard Agency, Marine Scotland, Civil Aviation Authority, local companies and members of the community.”

Previously, SaxaVord has outlined the shape of future rocket-based launches of satellites.

The rocket, it says, will be less than 3m tall, and will reach 12,000 feet before it makes its descent, when a small parachute will be deployed for the rocket to then splash down into the sea.

Local company Ocean Kinetics will be involved in the recovery of the rocket.