A protein found in the venom of some of the world’s deadliest snakes could potentially be used to stop uncontrollable bleeding, according to a research team from Australia’s University of Queensland.

Venom from Australia’s eastern brown snake and scaled viper features a protein, according to researchers, that accelerates the human body’s natural blood-clotting process. 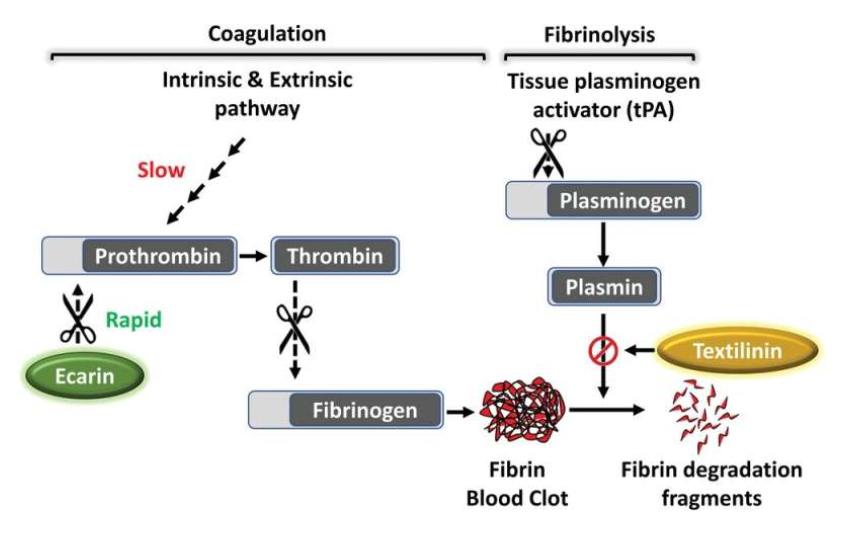 As such, the team is hoping to develop a gel featuring this protein for pharmacies, first aid kits, military personnel and paramedics so that they can stop the uncontrollable bleeding of patients being transported to hospitals.

When refrigerated, the venom-based gel reportedly is a liquid, but it solidifies when applied to a wound, thereby sealing it.

When applied to wounds during testing, the venom gel demonstrated fives times less blood loss and clots formed three times faster than other blood clotting solutions. The gel, according to the team, is potentially life-saving.

“As many as 40 percent of trauma-related deaths are the result of uncontrolled bleeding, and this figure is much higher when it comes to military personnel with serious bleeding in a combat zone,” the researchers explained.

The study, Snake Venom Hydrogels as a Rapid Hemostatic Agent for Uncontrolled Bleeding, appears in the journal Advanced Healthcare Materials.