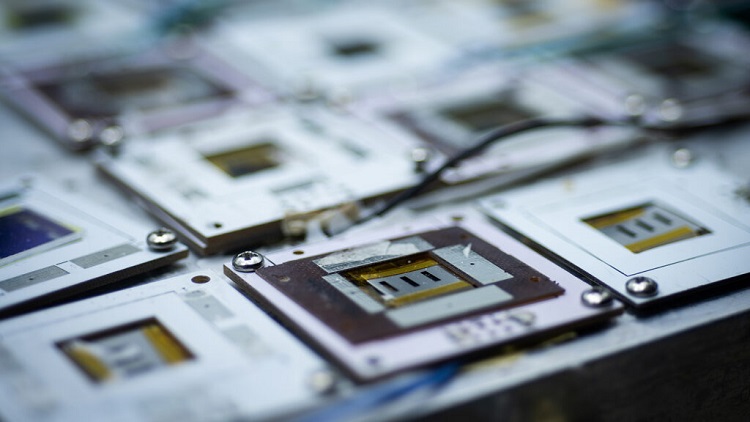 An array of perovskite solar cells under bright light at high temperatures during the accelerated aging and testing process. Source: Bumper DeJesus/Princeton University

The service life of perovskite solar cells is extended with a new device architecture designed by researchers from Princeton University and Linköping University (Sweden). The re-engineered devices are projected to perform above industry standards for around 30 years, far more than the 20 years used as a threshold for solar cells.

The achievement stems from ongoing research during which different materials have been layered to optimize light absorption while protecting the most fragile solar cell areas from exposure. An ultra-thin capping layer between the absorbing perovskite layer and a charge-carrying layer was designed to keep the perovskite semiconductor from burning out in a matter of weeks or months.

Lifespan was determined with a new accelerated aging technique in which batches of prototype solar cells were placed in experimental chambers and exposed to bright light and various temperatures up to 230° F. The resulting data was used to extrapolate a lifetime of three decades for a perovskite cell with a two-dimensional capping layer incorporating carbon disulfide, lead, iodine and chlorine under standard environmental conditions.