Imaging technology is becoming increasingly ubiquitous as trends like the Internet of Things (IoT) enable improved ease of use, performance, and diversity of applications. Today, imaging technology can be found at the heart of most devices, including smartphones, laptops, and automobiles.

One traditional application of imaging is in security cameras. Despite how commonplace this application is, recent innovations in sensor technology have helped it become better than even its most recent predecessors.

Taking a shot at keeping this technology advancing, Sony made headlines when it announced an “industry first” by using dual-speed streaming (DSS)  in a CMOS image sensor for security cameras. 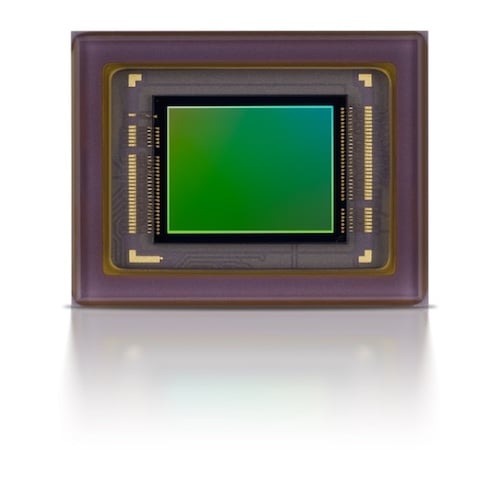 In this article, we’ll look at Sony’s newest CMOS image sensor, the IMX675, and some of the technologies that underlie it.

One of the key features that Sony is touting in its newest image sensor is its DSS technology.

While not much technical information on DSS has been released yet, what we do know is that DSS is a proprietary technology of Sony’s that enables image sensors the ability to output two images in parallel, both showing different areas and taken with different frame rates.

The challenge that Sony is aiming to solve here is the balance between data size and video detail. Specifically, Sony explains that at a lower frame rate, systems benefit from smaller data sizes; however, they lose out in detail because they capture fewer frames overall. On the other hand, higher frame rates provide more detail but create much more data, making it harder to handle on a hardware and systems level.

With DSS, Sony is aiming to solve these challenges by offering a technology that outputs all of the pixels in a captured image at a maximum rate of 40 frames per second. All while simultaneously outputting specific user-set regions of interest at higher frame rates. In this way, DSS could allow for a single image sensor to provide comprehensive images of an entire scene at a lower frame rate while also providing high detail, high frame rate images of specific regions of interest. The net result is more detailed images overall, keeping data sizes more manageable than traditional high-frame rate solutions.

According to Sony, the use of DSS marks a first in the industry for security-camera-specific CMOS image sensors.

One of the key features of Sony’s newest image sensor is the use of Sony’s STARVIS 2 technology. 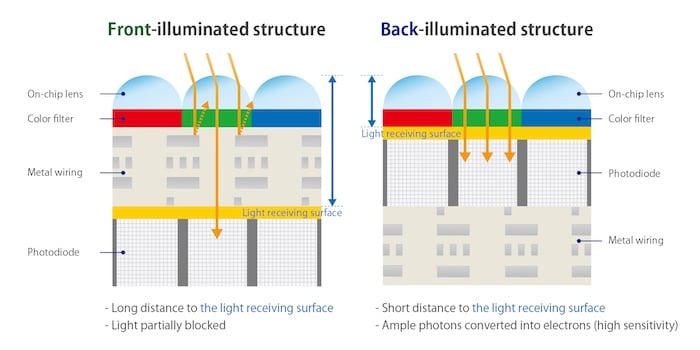 All products in the STARVIS line feature a minimum sensitivity of 2000 mV/μm2, while STARVIS 2 takes the technology further by offering a dynamic range of more than 8 dB in a single exposure which is wider than the STARVIS pixel of the same size.

Together, the above two technologies form much of the foundation of Sony’s newest image sensor, the IMX675.

Thanks to these technologies, the IMX675 offers several impressive specifications. Specifically, the IMX675 features roughly 5.12 megapixels in a 12 mm x 9.3 mm package while delivering images up to 6.53 mm (diagonal). According to Sony, the sensor’s proprietary stacked structure allows the device to offer 30% less energy consumption than conventional models while still achieving a dynamic range of 78 dB, which is roughly 2.5x better than conventional models using a single exposure method. Further, Sony claims that the device’s 14840 digit/lx/s sensitivity is up to 2.5x better than conventional sensors.

Altogether, Sony looks to have cleverly combined many unique technologies to produce a high-performance, low-power image sensor that could have great application in future smart security systems.