Considered by many to be a thing of science fiction, BCIs are quickly becoming a reality. Gaining a significant amount of mainstream attention, thanks to Elon Musk’s Nueralink, the concept of a chip implanted into a patient’s brain is now a seemingly plausible pursuit.

Despite Nueralink’s popularity, the company’s testing so far has been limited to primates, leaving many questions unanswered about the efficacy of its technology on human subjects. This week, startup Synchron made huge headlines in the industry as it announced the first human BCI implant in the United States. 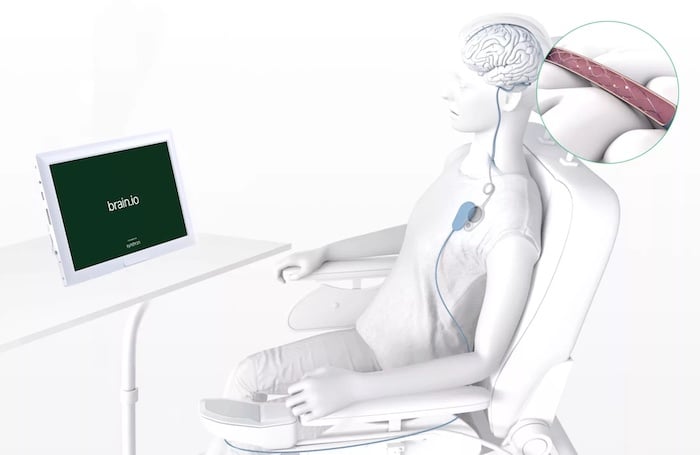 In this article, we’ll look at Synchron’s technology, the unique approach to BCI that it is taking, and the human trials it is currently performing.

One of the unique aspects of Synchron’s technology that separates it from its competition (i.e., Nueralink) is the fact that it installs its chips into subjects through the use of an endovascular implant.

An endovascular implant means that instead of invasive brain surgery, the implanted chips in Synchron’s system are implanted via the jugular vein using minimally invasive neurointerventional techniques. According to Synchron, these techniques are similar to those used to treat strokes and do not require drilling into the skull or open-brain surgery.

The benefit here is obvious, as the procedure is minimally invasive and poses little risk to the recipient, which is somewhat unique to the BCI field.

Expanding and using this endovascular approach, Synchron’s flagship technology is its brain.io platform.

The brain.io is a full system consisting of several key components, including the “node,” which consists of their unique Stentrode technology along with an internal receiver-transmitter unit. The Stentrode technology itself is an endovascular implant that generates the physical signals related to movement. More specifically, a Stentrode is defined as an endovascular electrode array that is designed to record or stimulate the brain or nerves from within the blood vessels.

According to Synchron, the Stentrode is the true key to its platform. The other part of the node, the receiver, is implanted into the user’s chest. 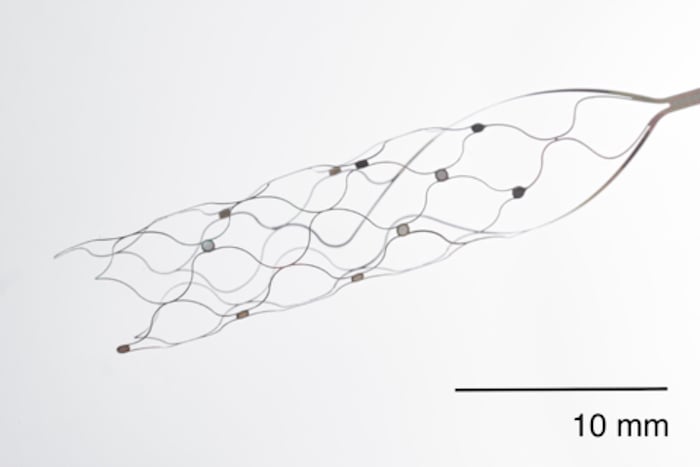 Along with the node, brain.io’s other piece of hardware is the “axon,” which is a decoder system that wirelessly detects raw brain signals from the node and translates them into standardized digital commands. The end software controlling the whole platform is its brain.io software, a hands-free, thought-controlled platform that takes the decoded brain signals and allows the user to control the screen with thought.

Altogether, the goal of the system is to assist patients suffering from paralysis in controlling personal devices through a minimally invasive and user-friendly procedure.

This week, Synchron marked a milestone in the field of BCI when it announced the first human BCI implant in the United States. 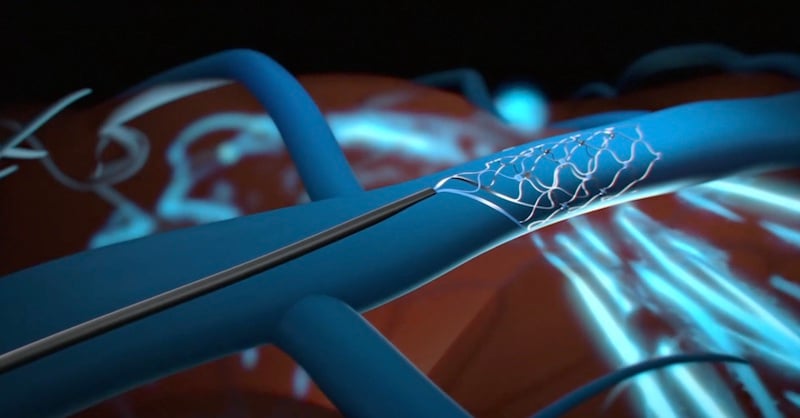 A rendered image of the BCI implant. Screenshot used courtesy of Business Wire and Synchron

The procedure, which is a part of Synchron’s COMMAND trial, was performed at a hospital in New York City and will help assess the safety and efficacy of Synchron’s system in patients with severe paralysis. While details on the patient’s status and progress are not released, it seems clear that the initial procedure was a success, and the patient is beginning the stages of training and learning to use Synchron’s device.

Overall, this is an incredibly important feat, as it marks a huge milestone with the potential to open up more possibilities for BCI in the future. In the future, Synchron hopes to extend its technology to one day help millions of paralyzed people regain the ability to interact with their personal devices.