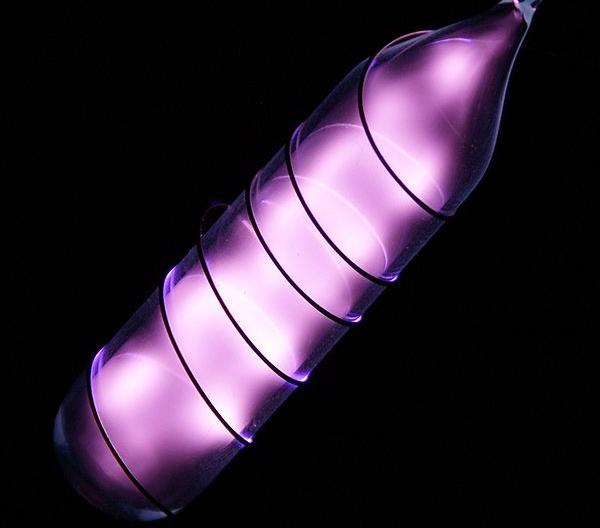 When people think of the uses for helium, they think of bright party balloons or the giant floats that grace Herald Square during the Macy’s Day Parade. There is not too much thought given to the precious resource that makes those creations come to life. Helium is a very important and non-renewable resource. A global shortage made worse by Russia’s invasion of Ukraine has forced many novelty helium suppliers (like Party City) to warn their customers that it may not be so easy to come by.

Helium is created from uranium and thorium as a product of radioactive decay. Formed under the Earth’s surface, it is extracted carefully and has a wide array of uses – many which humans may not realize the importance of.

While a helium shortage would certainly be a downer for all those party balloons, physicists like Harvard 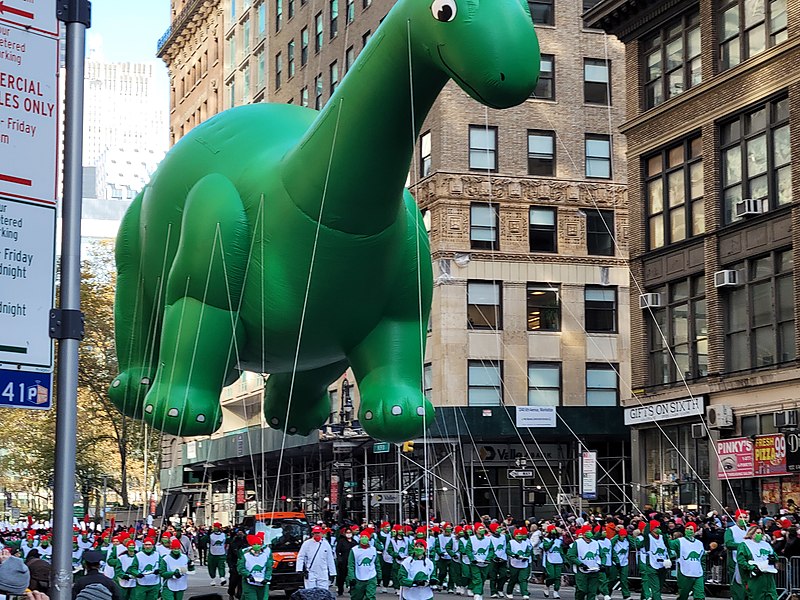 Macy’s works with their helium supplier to recapture the helium to reuse year after year. Image Source: CurlyRnd CC-BY-SA-4.0 Professor Amir Yacoby rely on the noble gas to conduct important research. “This is a terrible blow,” said Yacoby, who feels that about 40% of his lab activity has been unfavorably affected. “This crisis won’t go away anytime soon.”

This shortage has an impact on scholars all over the globe. Helium and liquid helium used during frigid settings are required for research in biology, chemistry, engineering, physics and medical studies. Helium is crucial to operating magnetic resonance imaging machines, cooling down large magnets and slowing atoms in condensed-matter experiments. Liquid helium has played such a huge role in successful research in these fields that 16 Nobel Prizes have been awarded because of it.

Researchers at Harvard may need to turn off pricey pieces of technical equipment that depend on helium and liquid helium, the gas’s super-cold liquid form. Many students are working with helium as they complete their thesis; graduation delays could be on the horizon.

“We are already in that worst-case scenario,” said Harvard Faculty of Arts and Sciences (FAS) Dean of Science Christopher W. Stubbs. “The supply has been cut in half, so half of the experiments that rely on liquid helium have been shut down as a result. This impedes progress on both the scientific and educational aspects of our division.”

The gas is in second place for being the most-abundant element in the universe, but on Earth it is considerably rare. It is produced by a few countries, with the U.S. and Russia in the lead. Because of this, it only takes a few distribution setbacks to generate a crisis; the present one, which is the fourth since 2006, is known as “Helium shortage 4.0.”

At the Harvard Center for Mass Spectrometry, Charles Vidoudez is beginning to worry about the shortage. Helium is used by Vidoudez, the center’s chief research scientist, to maintain the extraordinarily low pressures required for the facility’s mass spectrometers to function. Vidoudez has devoted many hours to contacting virtually every supplier he could locate.

“Most just either don’t answer or the ones that do answer say, ‘We don’t take new customers at the moment,’” Vidoudez said. “It’s been a real struggle.”

Administration is working to lessen reliance on liquid helium by assisting researchers in using it more effectively. To navigate the dilemma, Stubbs and Sarah Lyn Elwell, the assistant dean for research in the FAS Division of Science, are co-chairing a committee that focuses on helium preservation and distribution. Additionally, the division’s Helium Recovery Facility collects liquid helium boil-off from the FAS’s 12 participating labs. The boiled-off helium is then purified, reliquefied and supplied to the labs once more at a discounted fee.

The future of helium needs to be addressed today

According to Markos Hankin, the helium liquefier engineer at Harvard, the facility has experienced the effects of Helium Shortage 4.0 as well. They must use an external source to make up for what is lost since boil-off capture does not collect 100%. Previously, 60% of their helium supply was given to them by their usual source, but by March 2022 it had dropped to 45% 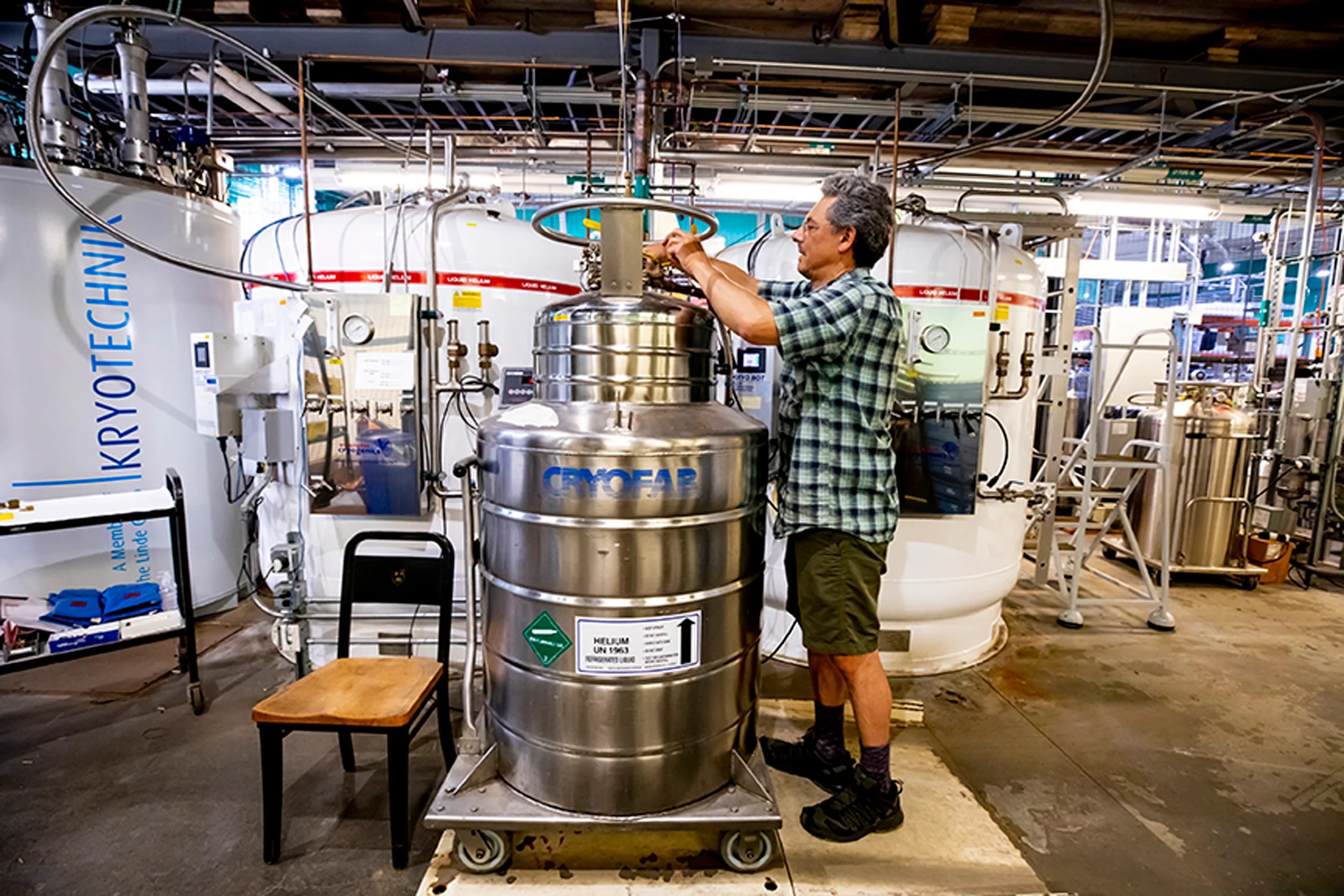 One of the labs that the recovery facility has been able to keep operating at normal levels is the Nuclear Magnetic Resonance (NMR) Core Facility because it uses only about 1,500 liters annually. The NMR Core Facility assists more than 200 active researchers in the Harvard community. The liquid helium and helium gas for the NMR lab are provided by Anthony Lowe, the electronics technician at the instrumentation facility. He is especially grateful for the measures taken because liquid helium retains the powerful magnets within the spectrometers at a temperature of roughly 450° below zero. They would have to dial back the NMR magnets without it. These multimillion-dollar machines are not meant to be turned off. Doing so could permanently damage the machines.

“It’s a finite resource,” Lowe said. “In our lifetime it might not run out, but for humanity it has a finite supply. We can’t make any more.”