The perils of working in confined spaces

What was supposed to just be another day managing utilities in beautiful Key Largo, Florida, became catastrophic when, after entering a manhole, three utility workers were killed and one firefighter was seriously injured. Adding to the 2017 tragedy is that the incident was completely preventable and is just one more in a disturbing trend of multi-death incidents occurring in confined spaces.

The Key Largo accident followed the same unfortunate script as almost all of the multiple-fatality confined space incidents. In the typical case, one worker enters the confined space and is overcome. As if on cue, fellow employees notice the collapsed worker and, not seeing any obvious hazard, enter the space to rescue their colleague; then they are overcome themselves. On this occasion in Key Largo — as with many past similar incidents — first responders also entered the space, only to become victims as well. 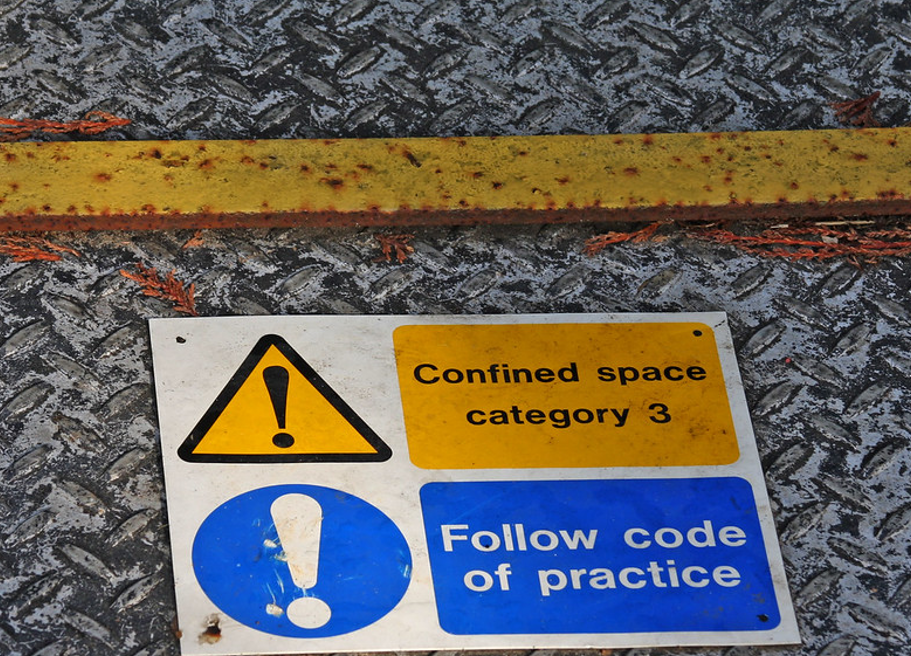 An investigation following this event found that high levels of hydrogen sulfide and methane gas from decaying vegetation filled the space. These gases are colorless, and even though hydrogen sulfide has a distinctive odor, it is heavier than air. Therefore, workers probably noticed its smell only after descending into the deadly environment. The fact that the hazard is often not obvious is what leads to multiple deaths.

From 2011 to 2018, the U.S. averaged 128.75 deaths per year in confined space incidents, according to the U.S. Bureau of Labor Statistics. Adding even more tragedy to these figures is that 60% of the fatalities are would-be rescuers — co-workers and first responders seeking to provide aid.

Confined spaces are almost the “perfect storm” killer. First of all, many workers are unaware of what a confined space is and the risks it contains. Secondly, many deadly confined spaces “look” safe; there is no visible hazard. And lastly, once personnel get into distress, well-intending colleagues and good Samaritans, also not seeing a hazard, enter the space only to become victims themselves. About 25% of confined space incidents involve multiple victims

Despite nearly 30 years having passed since OSHA published the rule on permit-required confined space entry, the U.S. continues to experience an inordinately high death rate in confined spaces. This is true even though the U.S. Occupational Safety and Health Administration (OSHA) provides very strict guidelines for working in the confined space environment. 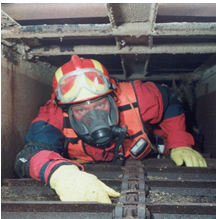 OSHA’s standard regarding permit-required confined spaces — 1910.156 — does not encompass all confined spaces, however. Rather, a permit space — a confined space that OSHA requires to be permitted — has at least one of the following hazards:

There are two primary categories of hazards inside of confined spaces: atmospheric and physical. Atmospheric hazards exist when the environment is oxygen deficient (less than 19.5%), oxygen enriched (greater than 23.5%), toxic (exceeding permissible exposure limits (PEL)), or flammable (≥10% of the lower explosive limits (LEL)). In most cases, atmospheric hazards are invisible, and in all cases require air monitoring equipment to assess.

Although atmospheric hazards have the greatest potential to kill workers quickly, for the period of 2011 to 2018, physical hazards by far accounted for the most confined-space deaths. Physical hazards include loose or unstable contents such as grain or sand that can engulf the worker. Falling objects, slips/trips/falls, moving equipment, electrocution and temperature extremes are other physical hazards that cause injury or death to personnel in confined spaces.

The most significant hazard in confined space incidents has not yet been addressed, however, and that is ignorance. All too often, it is ignorance of the risk — on the part of both the employees and the employer — that precipitates most tragic outcomes. For starters, many times personnel do not realize that they are entering a permit-required space, which necessitates special measures (such as PPE and air monitoring). And, once an incident occurs, they are ignorant of the safe course of action and thus unprepared to handle it appropriately. When reacting instinctively but without proper training, well-meaning coworkers, bystanders and even first responders often add to the body count.

A study of the 2011 to 2018 confined space incident statistics by the U.S. National Institute of Occupational Safety and Health (NIOSH) revealed that in only about one-third of these events was there written confined space entry procedures. And perhaps most disturbing, in none of the cases were those procedures accurately followed. Further, the incidents all had these common denominators across the board: lack of a rescue plan, failure to perform air monitoring and inadequate ventilation. In short, workers are often unaware of the hazard, as well as unprepared to take effective action should an emergency occur.

The first step in confined space safety is training and awareness — being aware of the space and its attendant hazards, because it is only after identifying a confined space situation that all of the safety measures prescribed by OSHA can be performed. Failing to recognize a permit-required confined space at the onset can easily lead to the entrant getting into trouble. With no plan or resources in place, coworkers often try to help and become victims themselves. This scene plays out time and again in the workplace. Unless and until employees and employers alike recognize the dangers inherent to permit-required confined spaces and respond in concordance with OSHA standards, in all likelihood this trend will tragically continue.

Gerald has been involved with industrial safety and emergency response for the past thirty-plus years. After retiring from the world’s largest oil company, he is now a freelance technical writer and safety consultant. Gerald possesses a master’s degree in training and development from Louisiana State University and is a past instructor of confined space and technical rescue.