In its quest for net-zero operations, Volvo Trucks is adding hydrogen fuel cell powertrains to its line of trucks, which already includes battery electric propulsion capabilities.

Semi-trailers are currently being tested with fuel cell systems supplied by cellcentric and designed to generate electricity from the hydrogen onboard instead of being charged from an external source. These electric trucks will have a range similar to their diesel-powered counterparts at around 1,000 km (621 miles) and will be powered by a pair of onboard hydrogen fuel cells that generate 300 kW of electricity and emit only water vapor as exhaust. A refueling time of less than 15 minutes is predicted.

A similar effort is being undertaken by the Volvo Construction Equipment group with the testing of a world-first emission free hydrogen fuel cell articulated hauler six-wheel prototype, the Volvo HX04. The hauler, equipped with a fuel cell system from PowerCell Sweden, is charged with 12 kg of hydrogen in about 7.5 minutes, enabling it to operate for approximately four hours.

[Learn more about fuel cell technology and suppliers on GlobalSpec.com] 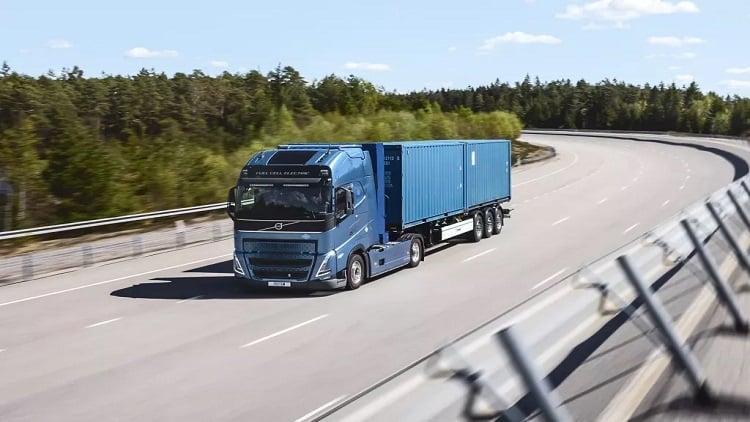 Customer pilots of these vehicles will be initiated in the short term, with commercialization slated for the latter part of this decade.