A microplastic consuming robot has been developed by scientists at China’s Sichuan University.

The 0.5 inch fish robot, which is comprised of polyurethane, can reportedly absorb microplastics from shallow regions of the ocean.

The robot, when irradiated by light, flaps its fins and “swims” at 2.76 body lengths per second, according to its developers. 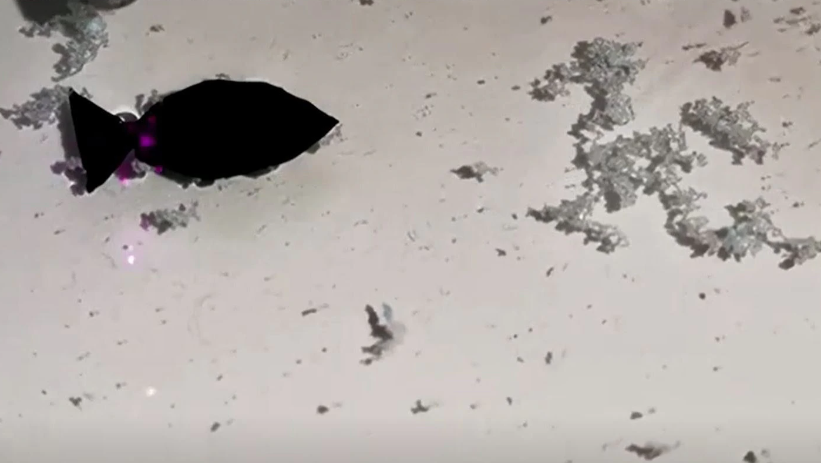 While designed for cleaning up microplastics from marine environments and analyzing marine pollution in real time, the developers also envision using the robot for hazardous operations or biomedical applications wherein the devices are localized to a specific region of the body to eliminate a disease.

Additionally, the robot can heal itself when it is damaged and can be safely swallowed by marine life in the event it is accidentally ingested.

Going forward, the researchers expect to scale up the robot so that it can eventually absorb microplastics from deeper regions of the ocean.

For more information on the microplastic-absorbing robotic fish, watch the accompanying video that appears courtesy of Sichuan University.