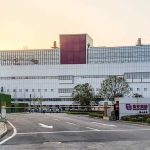 A capex budget of $32.8 billion has been allocated for the year.

Yangtze’s first fab was reported to have been running 100k wpm of NAND flash at the end of last year – at or near full capacity. Yangtze’s Fab2 is said to be capable of running 200k wpm.

Yangtze had a 5% share of the NAND market last year and it is anticipated that Fab2 will hike that to 10%.

40% of Yangtze’s output is 128-layer NAND and the rest is 64-layer. The most advanced NAND on the market is 176-layer. Yangtze is working on developing 196-layer and 232-layer devices.

The company currently employs around 8,000 people.